Last Sunday the Senate’s plan to build on Tempelhof was voted off thankfully. Not just to preserve the field which is a one-of-a-kind but to signal to the city that their way of managing construction and housing is not the right way (a full treatment in German).

Then yesterday I went for a run in the nearby Viktoriapark. Out of necessity because I was trying out a running track which turned out to be closed to the public. 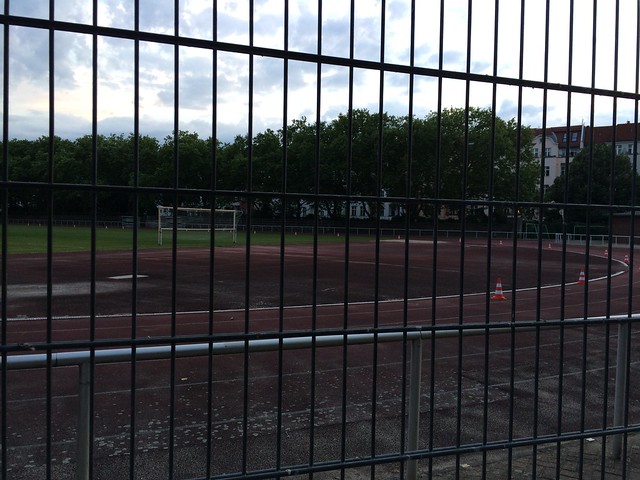 So instead of that I ran my laps through the park up and down the hill of the Kreuzberg and was treated with some spectacular views. 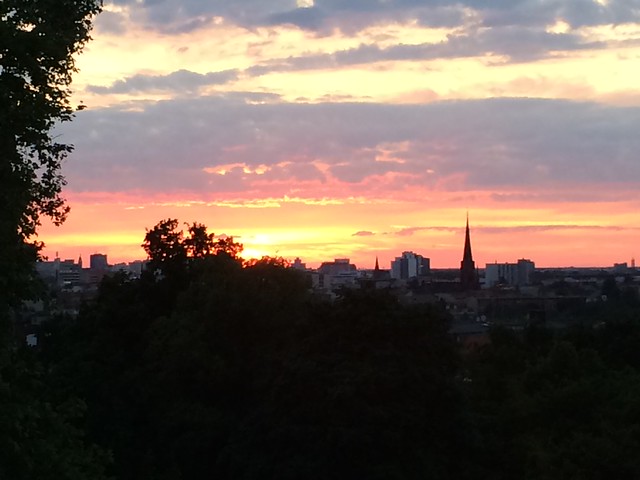 Doubling back through the South side of the park I came upon this very odd housing development built around a former brewery. 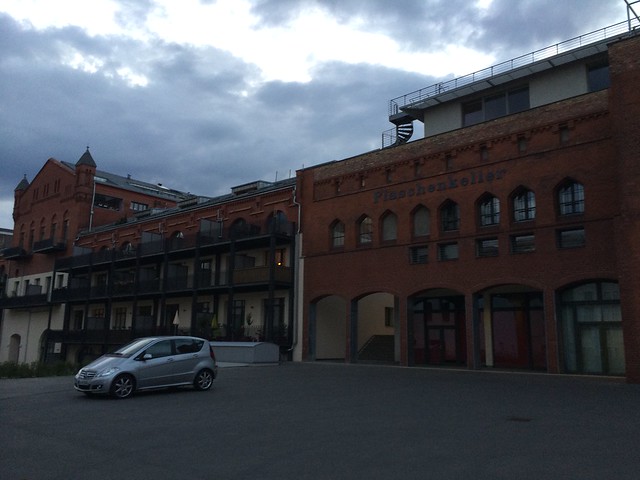 The entire thing was built from scratch and looked super eery and artificial. 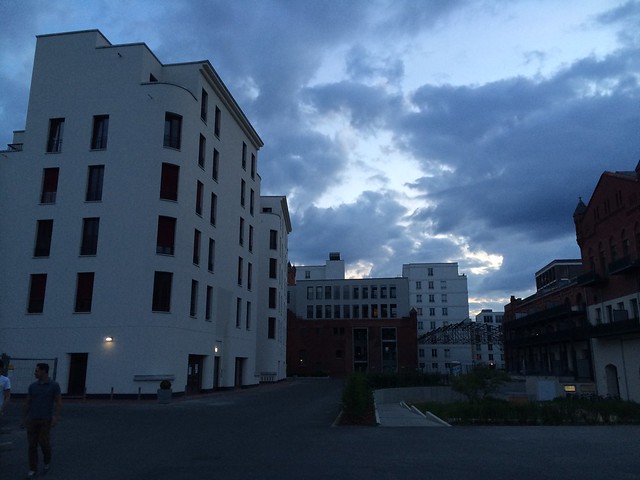 And worst of all it is hard to access and hermetically closed off from the park. The entire area is fenced off and unaccessible from the park (and vice versa). When you try to pass through you end up on this dead end square. It is a gated community in the center of Berlin and probably exemplary of the type of developments the city government likes to see. 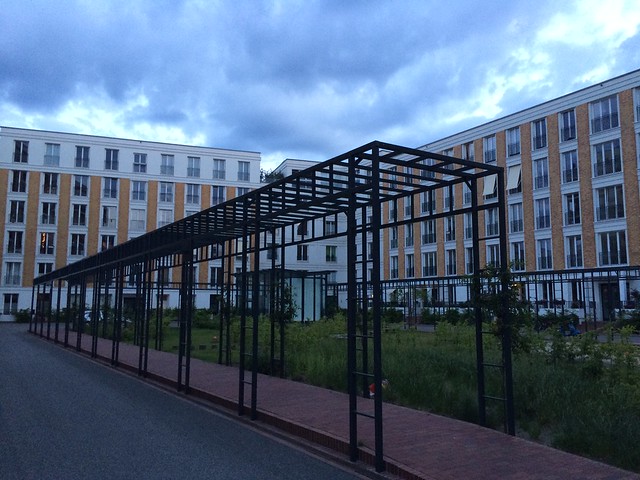 And from there on you can only get out the same way you got in. I can’t really imagine what it must be like to live there without any city activity or people passing through. The only people there are your neighbours on their balconies and their watchful eyes. These people have been sold the fact that they live in Kreuzberg and they probably pay a premium for it but this is as far from that city experience as you can get.

And finally on the other side of the track I found this local sporting club having their BBQ. 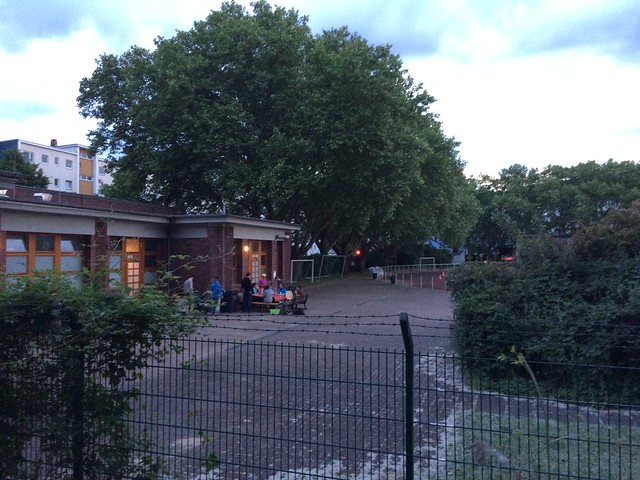