I got around to visiting the Parklets in the Bergmannstraße. That is a plural because there are two of them during this pilot and that’s it. 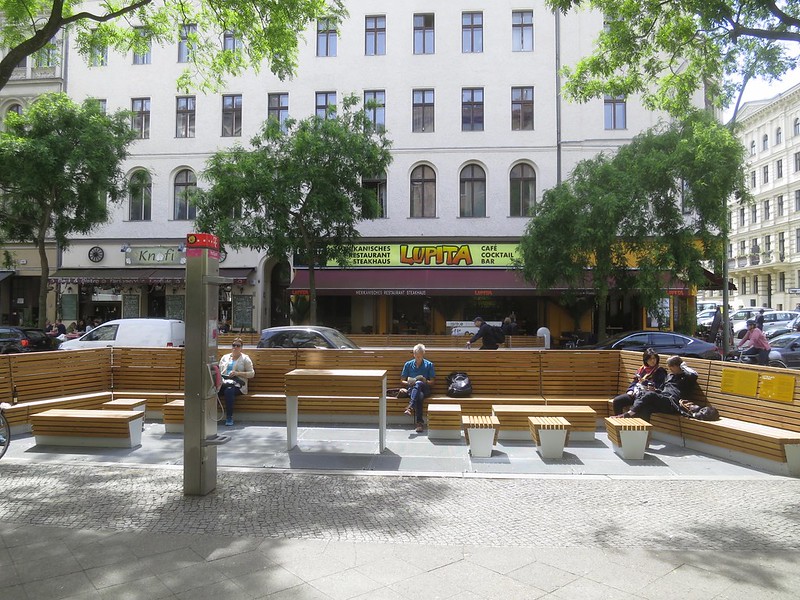 As far as quality and usage goes I don’t think there is anything to complain about. The benches look and feel nice and they are being used by the tons of people passing through this street. It is nice to have some extra seating here that is non-commercial. 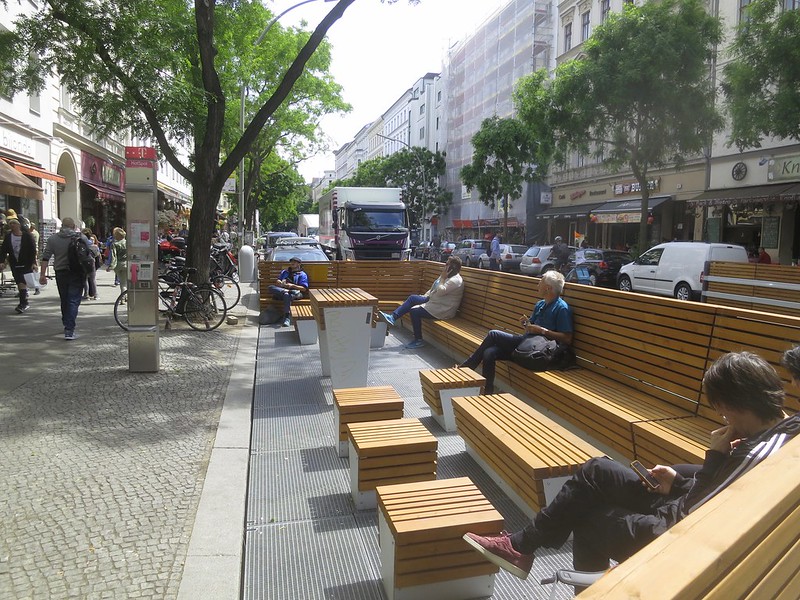 The only issue is that the rest of the street (especially the traffic situation on the thoroughfare) is still terrible. After having seen the botched project in the Maaßenstraße1 local government is afraid to do much of anything, let alone give this street and neighborhood the overhaul they so desperately need.

Maybe they are right to not do anything. Public works in Berlin have the tendency to not work out. If you already know that you are going to screw it up, you might as well keep your hands off it. But there are lots of new people in Berlin who demand better and in many cases are also willing and able to do it themselves. Let’s see how long the government can resist that pressure. 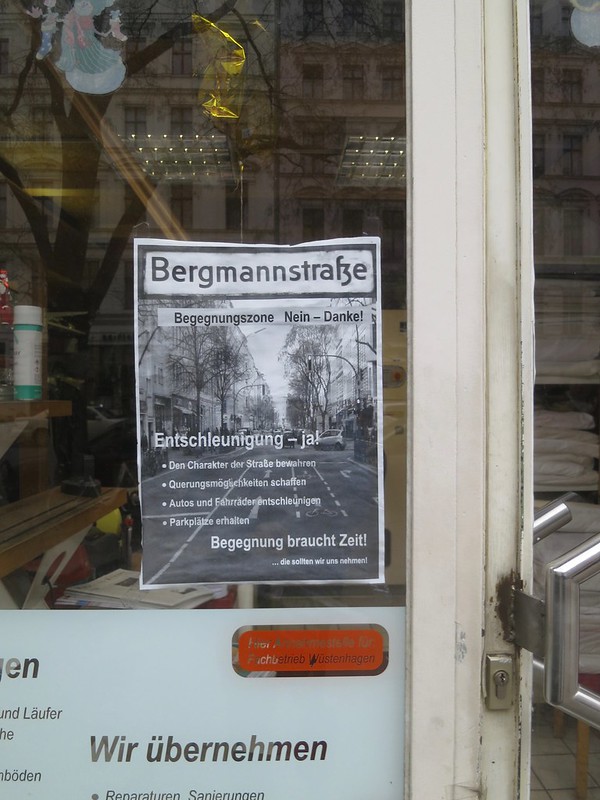